Seven Movies About Technology Taking Over the World

You have to agree that in the present time, there is a lot of buzz about robotics, and artificial intelligence (AI). All you need to do is look around you, and you can feel its presence.

In the film-making industry, it is believed that technology has been around for approximately 100 years. Metropolis was a movie that was released in 1927 and describes a humanoid robot trying to take over the so-called megacity by arousing confusion.

There are many movies that have been screened that show how technology will take over the world in the future. There is a debate whether technology will bring good or harm to the planet. As much as the films we watch are for entertaining purposes, some give a warning about relying too much on technology as a problem solver. 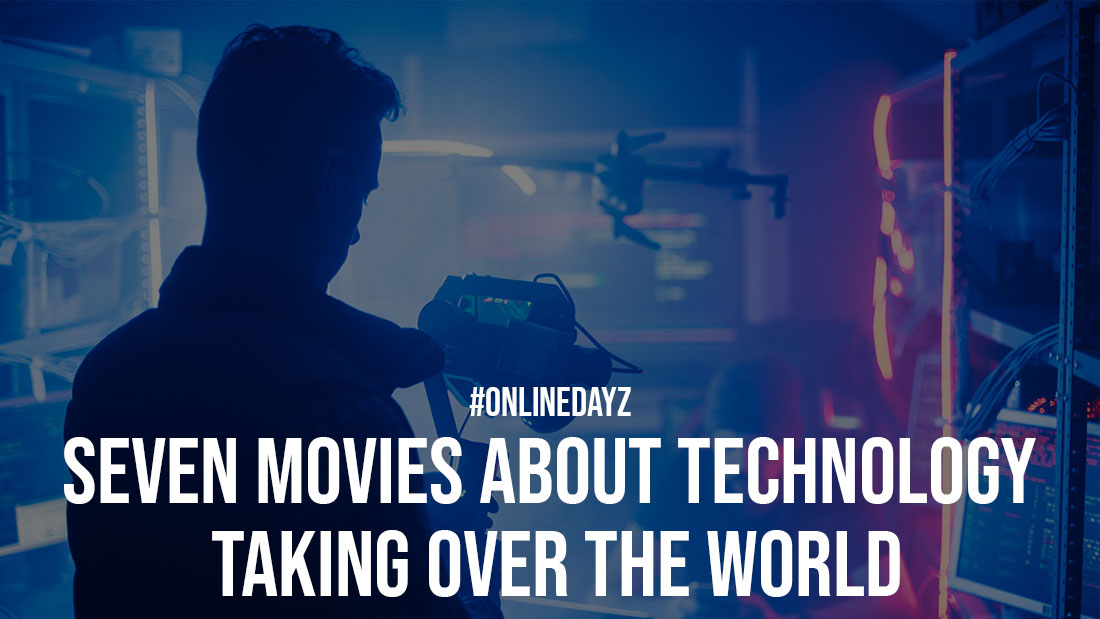 Below are seven movies about technology taking over the world that is a must-watch:

This is set in the future where computers and robots define our day-to-day life. The storyline is about humans who created the first form of intelligence, computer intellect.

Archos runs away from prison with the aim of protecting “life” and the planet. He will not stop at anything, even if it means killing people for him to achieve this goal. The events that follow are people fighting back the big robots and technology.

Steven Spielberg created a Pinocchio story of how a robot can be programmed to have emotions. David (Joel Osment) is a responsive robot automated to give a child’s love and solace to people who are unable to have children. This was after an ecological calamity that brought about limits on reproduction.

The first time David met his new mother (Frances O’Connor) the interaction was welcoming, but gawky. However, they activated a special program imprinted in him, and he grows a lasting bond with her mother.

He had normal human characteristics like the sparkle in his eye, and you could hear adoration when he spoke.  But there was that gloss in his face that was not human-like. This film captures the audience as it ventures into the different escapades of how David was not treated well, making the audience empathize with him.

Altered Carbon Ex Machina Ex Machina (Netflix Original, 2017) starring Alicia Vikander as the female robot Ava, a brilliant programmer. Ava is a small and vulnerable personification of the technology that the world is now developing.

She enters into the life of Caleb, played by Domhnall Gleeson, as he faces moral dilemmas over her. She is also sent back in time to assassinate him.

We all have heard about Siri, the digital personal assistant that operates on the Apple operating system. Siri can do just about anything you command it to. As such, people are having a lot more conversations with their technology since the release of a film by Spike Jonze. It was about a man who fell in love with his software.

An engaged act by Joaquin Phoenix and an astonishing voice play by Scarlett Johansson (Samantha). The genre of this movie is comedy. Its intricacies of relationships and technological development as Samantha becomes more associated and emotional.

Starring Arnold Schwarzenegger, the movie “Terminator” gave us a glimpse of what a computer-programmed android could do to a normal man. In a timeline around the 22nd century, Skynet, a living computer system, creates a machine that can control human behavior and destroy the human race. Iron Man Starring Robert Downey Jr., the movie “Iron Man” is the quintessential superhero movie in recent times.

It tells us about the creation of the superhuman Tony Stark aka Iron Man. Stark is endowed with a secret gene that gives him superhuman physical abilities to fight crime.

To counter his evil nemesis, the evil Scorpio, the hero has to act like a villain to be a superhero. But to secure himself in the costume, he has to have a special lab where he can produce superhuman powers.

The movie was released in 1999 and is considered one of the best science fiction movies. The story starts in a post-apocalyptic world, where machines take over the world in an attempt to reach God. The result of that is the creation of a perfect human slave, who is not even aware of his existence.

This classic sci-fi movie begins with Stanley Kubrick describing the prehistoric era and moves into space-age times. The movie travels into space and shows the connection to people’s awareness. One of the leading stars is the supercomputer, (the HAL 9000), and its growing intelligence, making it possible for it to make conscious decisions that spacemen struggle with when on a mission.

These decisions resulted in a disastrous deactivation of the systems not only on the digital side but also on the human side. The movie depicts the future and shows the close and strange connection between people and technology.

To quote Charles Ross, an academic writing expert at Affordable Papers when he was asked about the future, “Ross sees no limits. The Internet is the wave of his future and a place where all of his work can come together. It’s the one place that I can showcase all the things that I do. I’ll always be multimedia. Each medium has its unique perspective.”

As you can see, AI is constantly evolving, and the systems are being built in the form of robots. This futuristic thriller is one of the best examples of human-like robots, and the movie shows a scenario in which the machines take over the earth.